This week we have released a new version of the Browser Extension (4.0.4), which includes an option to avoid double adding contacts to different projects, and including contacts in two outbound campaigns by mistake: 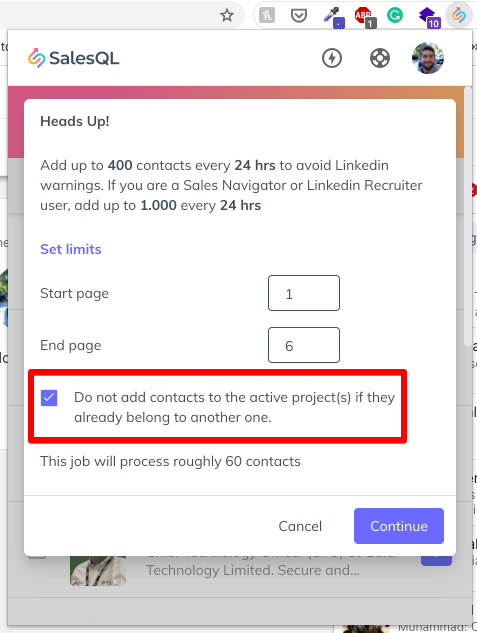 There are also some improvements in our extension and the webapp:

Create yours, for free!